Youtube Video: Why China Is so Good at Building Railways

The transportation system in China has improved dramatically since 1949. Nowadays, China has a comprehensive transportation network of airports, trains, highways, subways, ports, and waterways. Among these, high-speed rail lines, highways, and many new subways have improved the daily lives of local people most.

Airlines in China offer a safe and comfortable service for travelers. Most airlines and airports provide world-class services and facilities. The price refers to CNY 200-3000, but it often has a discount on some apps. If you want to take a air, it’s a good idea to buy the ticket weeks before. 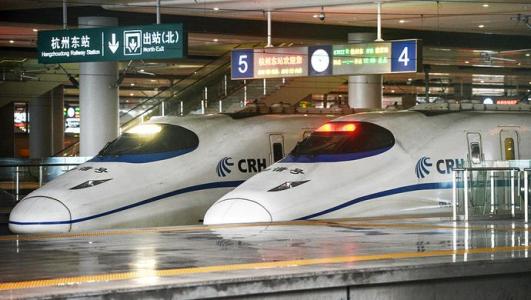 The train is one of the main means of transportation in China and the national rail network is one of the biggest in the world. A high-speed train is a major choice among all types of trains as it works at a speed of 250-300 km/h and has a high-standard service. It is also called bullet, fast, or CRH train, with the initial “G”, “D”, or “C” as its serial number.

Tickets of the high-speed rail fall into the second class, first class, business class, and VIP category. Some overnight D trains offer soft sleeper and luxury soft sleeper. Many D trains provide standing room tickets, the prices of which are the same as second class seats. The price refers to CNY20-600 around. It is not expensive but fast, that’s why most people choose it.

Facilities on these trains are similar to those on an airplane. The seats can always aromatically adjust to the moving direction; the seatback can be adjusted to the desired angle; a foldable small table is available for each seat, and electrical sockets are available in each row or compartment. Besides, meals and snacks are provided at a price.

Foreign passengers need to show their passport when buying train tickets in China.

The pre-sale period of China train tickets is 30 days for online and phone bookings and 28 days for buying at train stations and ticket outlets. 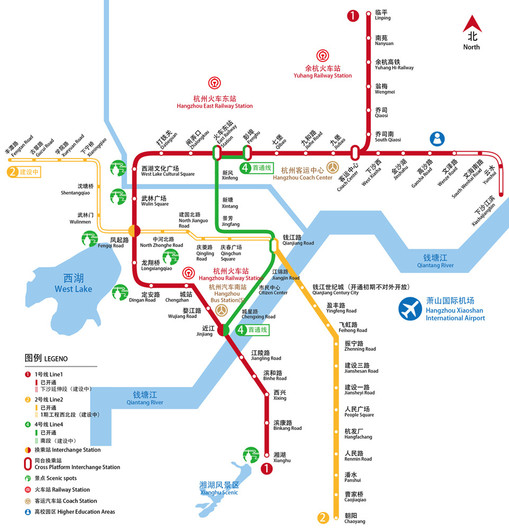 This rapid underground transit is ideal for the Chinese big cities and is unchallenged in its ability to transport large amounts of people at high frequency quickly over short distances, avoiding the traffic jams. Take Hangzhou Metro as an example, it has built line 1, line 2 and line 4 and realized network operation with operating mileages of 117.6 kilometers. The lines under construction include line 5, line 6, line 7 and line 8, with a total mileage of 221.9 kilometers under construction. Tickets are sold by employees, by automatic machines or Alipay QR code, especially the Alipay, making it a very convenient and fast way during rush hours.

The Hangzhou subway is equipped with an outside guidance sign which is grey and refers to the red logo of the subway. At each exit of the station, there are rail transit position signs and station position signs. Enter the station hall by escalator or step according to the outside guide sign. The station voiced is Chinese and English.

It requires a little patience and ingenuity because at bus stations, as well as in buses, everything (or almost) is written in Chinese. Normally, the bus stops at all stations, except when there is nobody waiting. You’d better warn the driver of the desired stop. Pay attention to your belongings which may attract pickpockets. The price is about CNY2-4.

The taxi drivers in China speak only Chinese. Few of them speak English! So it is necessary to have the destination address written in Chinese characters. The price is about CNY10 as a base fare for 3 kilometers, and then CNY2.5 for each kilometer in Hangzhou. With the development of newly taxi-hailing apps, Didi Taxi, just like Uber, has become the most popular way to take for a short distance. You can set your destination in the app and it will automatically position your starting point. The fares will be calculated by the app in terms of your miles and times.

With the advent of shared bicycles, such as OFO, MOBIKE, and HELLOBIKE, more and more people choose to ride a bike. It can be rented in campus, subway station, bus station, residential area, commercial area, and public service area. The fare is very low, around CNY1 /hour. So, it is very useful and convenient for a short distance. It becomes a new way of environment-friendly and low-carbon.

The e-bike is a traditional bicycle equipped with an electric motor to help with pedaling. The motor is supplied with power from the battery. It’s very common in China because it is cheap, convenient and environment-friendly. The price of an e-bike refers to CNY1000-8000. Especially in rush hours, the crowded road is not a good choice to go for work. If you have an e-bike, it may be faster to go through. It is powered by charging which makes it convenient.