CIPTC participated in the event actively. They motivated all of their foreign teachers to sign up the talent show, and help to guide the teachers to venue and sign in at that day. Also, Yu Cao and Mingxing Li from the head office attended the competition to cheer for our performers!

The theme of the show was “The Greater Bay Area ‘Flow’ ”. Bao’an Education Bureau had received a lot of registration from foreign teachers. 11 outstanding works got tickets to the finals. 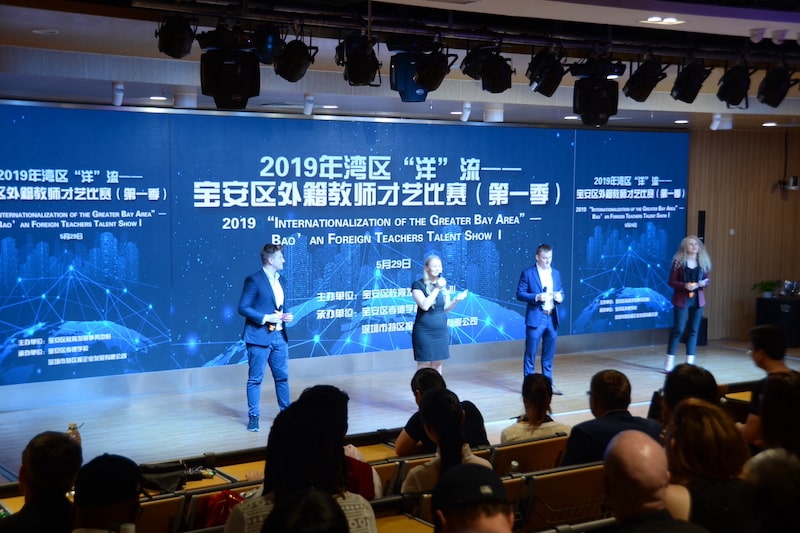 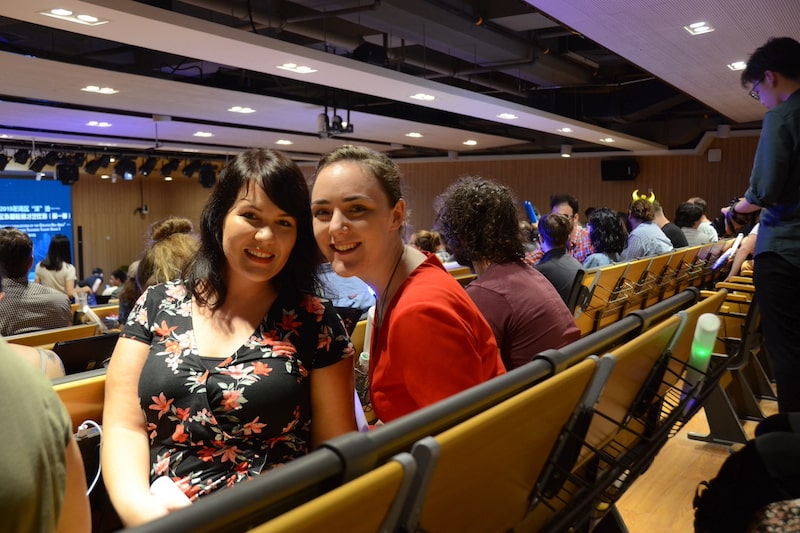 The whole event was well organized. The performers were well prepared and gave the wonderful shows, the audiences responded enthusiastically! The high-light sticks and LED plates glowed in the room and cheered for the players! What’s more, Emily Marshall and Thomas Oliver Lewis from CIPTC were the hosts in this show. They were so tacit and their humorous style made the atmosphere warm. At the same time, David Rouben also showed his talent in the stage. His song “Summer of 69″ light up the atmosphere of the whole venue! The song tells the story of a child who has dreams at the beautiful year end of 1969. This is a song that the foreign teachers are familiar with. As the song came to the climax, the audiences can’t help to sing along with David Rouben. His show, as the second popularity performance won the Excellence Award at the end of the event!

In the chorus, Ashlee Brittanny Roberts, Elmer Natael Pivaral Hiltunen, and Nathaniel Lee Simpson form CIPTC sang the song ” You and Me” together with the foreign teachers. The song was beautiful and emotional, so that the audiences were immersed in it. 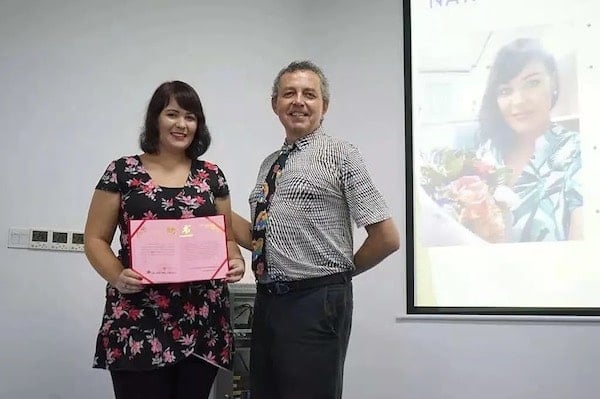