By Janae, living in China
Teaching English at a Chinese University 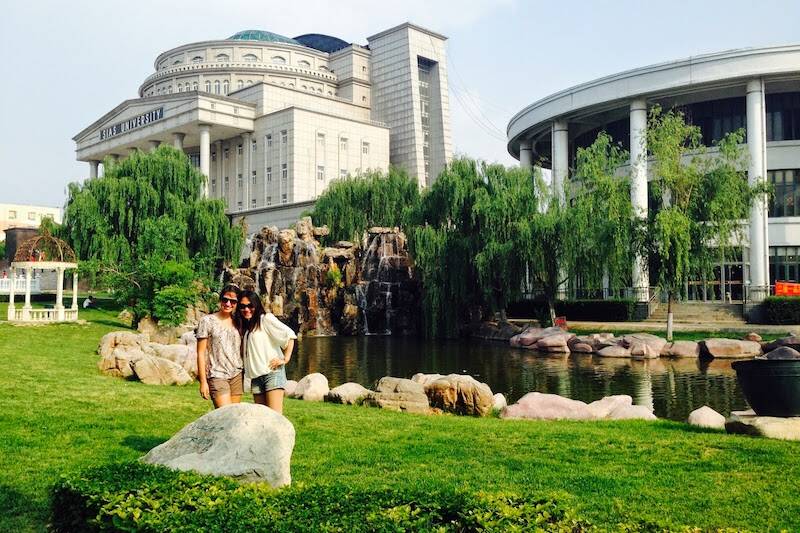 Anna, my California/Oxford/China friend lives in the north of China near a city called Zhengzhou. She visited me last fall, and I returned the visit a few weeks ago.

Anna met me in at the train station in Zhengzhou and we drove two hours out of the city to the university where she lives and teaches. SIAS has the highest number of foreign faculty in Henan province, and they are proud of their international flavor.

The campus itself is an odd mixture of architectural styles. We walked down “German Street,” ate food in a “Russian Castle,” admired the administration building where one side looked like the White House and the other side like the Forbidden City, and gawked at the half-finished library with Greek columns and rows of marble angels on pillars. This is the fountain in Spanish square.
The campus changes almost daily. Construction projects are ongoing, and flowerbeds spring up overnight.

One of the first meals we ate was at a noodle restaurant. We chose from several cold vegetable dishes to start, and then we were each served a bowl of handmade noodles in beef-and-cilantro flavored broth. Mmmm, comfort food.

We finished it off with the latest treat on the college campus. Some enterprising students came up with the idea of “fried yogurt.” Obviously, it’s not really fried. They take a bag of yogurt (yes, it comes in bags that you drink) and pour it onto a freezing plate. Then they add nuts and dried and fresh fruits. They chop it all up with metal spatulas until it turns into chips of frozen goodness. It’s genius. I’m not ashamed to say I had it more than once.

All the Chinese food on campus was cheap and delicious. We also went to a “snack street” where vendors serve made-to-order noodles, seared lamb on skewers, and a huge variety of veggie dishes in sauce. Everything I tried was deliciously flavored, without being too spicy. 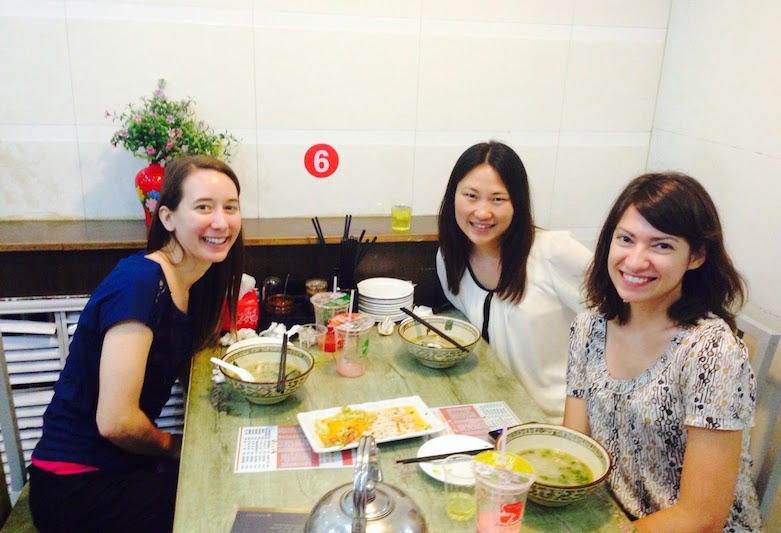 On Sunday we hung out with students most of the day. One group of students has become like a family. Anna and Dale, another American teacher, have invested so much time into these relationships, and it shows in how the students love and care for each other.
A walk in the new gardens on campus soon turned into a massive photo-taking session. Strike a pose, and out came all the camera phones! 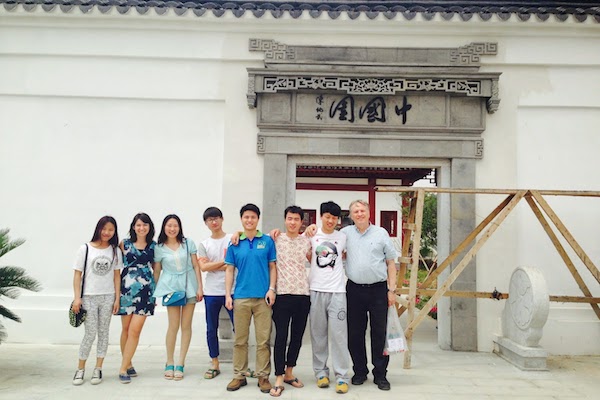 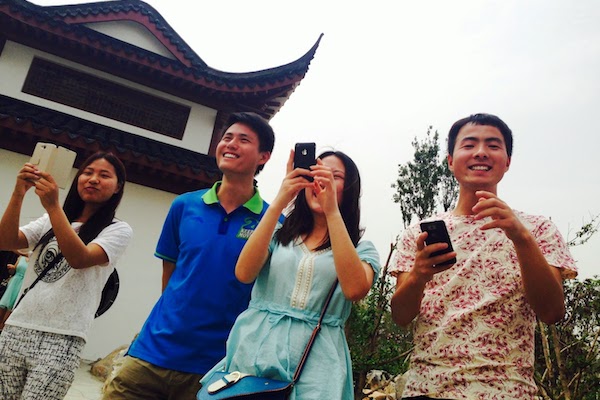 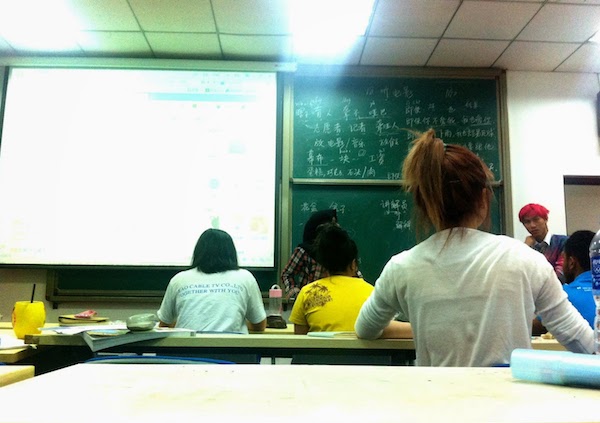 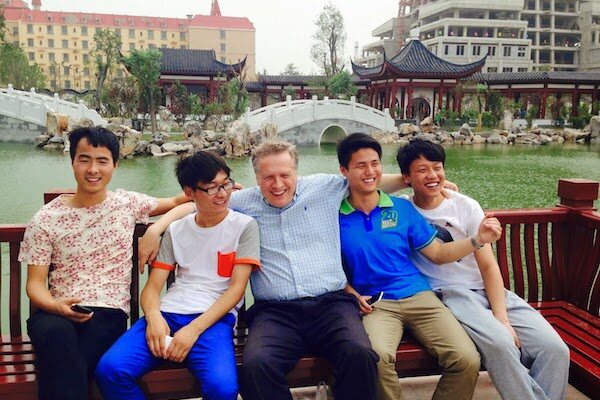 I also got to attend Mandarin class with Anna. The teacher spoke in rapid Chinese the whole time, while I sat there lost. Sigh. So far to go.

Later in the day, I watched Anna teach her freshman English class. The students were all English majors (meaning they are learning the language in order to get an English-speaking job). They were eager and attentive students.

1. Everything is much more communal. People do things together, and they look out for each other. When eating in a group, you always check everyone else’s water before you pour your own. When eating out with a friend, one person pays for everything – you never split. Friends wear matching shirts, shoes, etc, and couple shirts are a very real thing.

2. Family comes first. Most of these students are studying what their parents want them to study, not what they are truly interested in. It’s a strange concept to independent Westerners, but here the idea is that the parents are paying, and the student has an obligation to the family to get the degree and job that the parents think is right.

3. No facebook! I can’t imagine college without facebook. But since that isn’t allowed in China, there are a plethora of other social networking options. Like WeChat or QQ. Students have lots of ways to stay connected with each other.

4. Pressure. Students face a lot of pressure from family and community to perform well. Not all of them take it seriously. But most work hard and do their best to meet expectations. There really aren’t school-wide sports teams, or even club sports, which is WAY different than American universities where jocks rule the campus!

5. Pollution is a constant. This is a problem through China, but Zhengzhou has a higher rate of pollution than even Beijing. It was hot while I was there, and it felt as though my throat was always coated in dust. It didn’t matter how much water I drank. You have to wonder how this affects people long-term.

(All rights reserved by Janaeaway.blogspot.com. Please note that ISAC re-post this article in order to let foreign teachers know more about teaching in China from others’ experience. Some of the information in the article might still hold true for other universities but not all)

Teaching English at a Chinese University