China is likely to gradually ease its border controls after the two sessions, the nation’s most important annual political event, which is scheduled to kick off on Thursday and last one week. 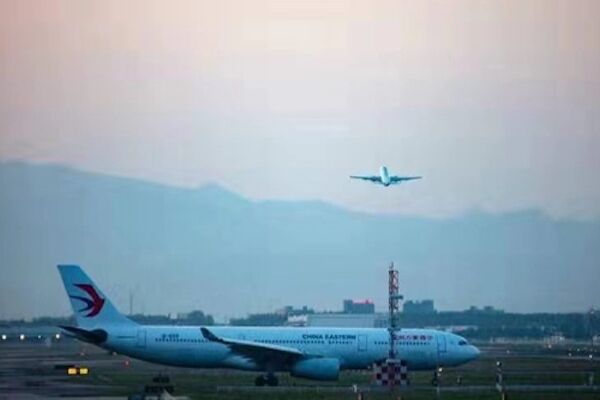 Easing the controls will facilitate the resumption of international exchanges, as the COVID-19 pandemic has been basically brought under control in China and some other countries such as South Korea, experts said.

“China may relax border controls gradually after the two sessions or in early June,” Wang Hongwei, a professor at Renmin University of China’s School of Public Administration and Policy in Beijing, told the Global Times on Sunday.

“Chinese students studying abroad who have graduated, important business leaders and much-needed production technicians, could get priority to return to China,” Wang noted.

Zhou Zijun, a public health expert at Peking University, told the Global Times that as the epidemic has ebbed in China and medical testing ability has improved, it’s time to lift restrictions on some business travel.

“China can now properly handle a small level of imported cases,” he said.

Both experts remained cautious about opening up normal international travel due to fears of another spike in infections.

“China is unlikely to allow a large number of ordinary tourists to enter or exit in a short time,” Zhou said.

An insider with the state aviation regulator, the Civil Aviation Administration of China, told the Global Times on Monday that the agency hasn’t gotten confirmation on the resumption of international flights.

Japanese newspaper Yomiuri reported on Sunday that China and South Korea have consulted Japan about easing their border controls on business travelers.

Such a move has been already implemented between China and South Korea.

On May 1, the two countries became the first in the world to open an “express channel” for business executives who test negative for the coronavirus before departure and after arrival, to facilitate the movement of important products and raw materials, reports said.

Zhou said that lifting border restrictions means the authorities should first assess the risks of the epidemic in the departure and destination countries. The move between China and South Korea is reasonable and practical to resume business activities, as well as production and work, on the premise of epidemic prevention and control, Zhou noted.

Shanghai-based news site ThePaper.cn reported on Monday that international airlines are planning to increase flights to China in June, as the public looks forward to a gradual relaxation of travel restrictions due to the outbreak.

According to the report, South Korea’s Asiana Airlines plans to resume 12 routes to China in June, while Korean Air is making preparations to restart flights to the country.

Also, Qatar Airways said it expects to serve passengers flying to Beijing, Guangzhou and Shanghai by the end of June, and Turkish Airlines plans to resume flights to Shanghai in June.

The border lockdown is a temporary emergency measure in response to the pandemic, and it won’t last long as cases of the virus tail off in some countries, Wang said, noting that in the era of economic globalization, easing the restrictions can help revive business activity.

At the same time, Wang said that easing the epidemic control should be carried out step by step, along with improving medical testing and quarantine ability.

Mi Feng, spokesperson for the National Health Commission, said at a press conference on Monday that more than 100,000 new cases were confirmed in a single day on Sunday for the first time, bringing the total number to more than 4.52 million worldwide.