The Dragon Boat Festival, is a traditional holiday originating in China, occurring near the summer solstice. The festival occurs on the 5th day of the 5th month of the traditional Chinese calendar, which is the source of the festival’s alternative name, the Double Fifth Festival. The Chinese calendar is lunisolar, so the date of the festival varies from year to year on the Gregorian calendar. In 2016, it occurred on 9 June; in 2017, on 30 May; and in 2018, on 18 June. Dragon Boat Festival customs are mainly dragon boat racing and eating zongzi. The custom of eating zongzi has been popular in China for thousands of years. Dragon boat racing is very popular in China’s southern coastal areas, spread abroad and formed an international competition. 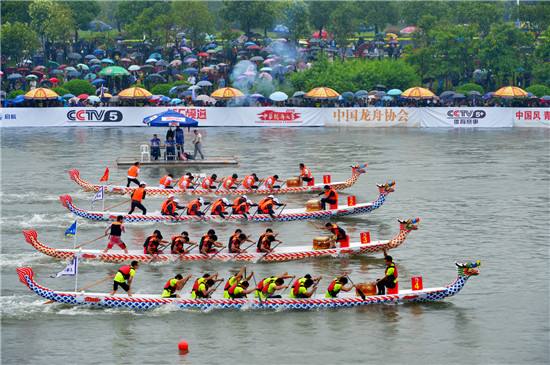 Dragon boat racing has a rich history of ancient ceremonial and traditions, which originated in southern central China more than 2500 years ago. The legend starts with the story of Qu Yuan, who was a minister in one of the Warring State governments, Chu. He was slandered by jealous government officials and banished by king. He drowned himself into the Miluo river on the 5th day of the 5th month of the traditional Chinese calendar. The local people rushed into the water and tried to pick up his body. In commemoration of Qu Yuan, people hold dragon boat races yearly on the day of his death according to the legend. They also scattered rice into the water to feed the fish, to prevent them from eating Qu Yuan’s body, which is one of the origins of zongzi. 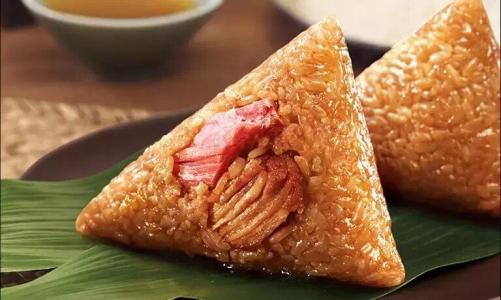 A notable part of celebrating Dragon Boat Festival is making and eating zongzi with family members and friends. People traditionally wrap zongzi in leaves of reed, lotus or banana which give a special aroma and flavor to the sticky rice and fillings. The choices of fillings depend on different regions. Northern regions in China prefer sweet or dessert-styled zongzi, with bean paste, dates and nuts as fillings. Southern regions in China prefer savory zongzi, with a variety of fillings including marinated pork belly, sausage and salted duck eggs. Zongzi are considered as a symbol of luck, as the pronunciation of zong is very similar to the pronunciation of zhong (中).