Going back and forth from China and his home country of France since 2010, Thomas Claret has only lived in small cities: Lanzhou in Gansu Province for two years, Huai’an in Jiangsu Province for three years and Yancheng in Jiangsu since September 2017.

In addition, 21-year-old Daniel Magunje from South Africa gave up on his idea of moving from Hangzhou in Zhejiang Province to Shanghai after trying to adapt to the lifestyle of the big city.

However, British videographer and graphic designer Jordan Williams thinks Beijing is more attractive to him after living in Shenyang in Liaoning Province for a year.

The question of what city to choose is common for many foreigners who plan to live and work in China. While Beijing, Shanghai and Guangzhou or Shenzhen in Guangdong Province are the top four generally recognized first-tier Chinese cities, a rising number of second- and third-tier cities are becoming more attractive to foreigners as well.

According to the annual Amazing China – The Most Attractive Chinese Cities for Foreigners survey that has been carried out by the State Administration of Foreign Experts Affairs since 2010, while the four generally recognized first-tier Chinese cities have remained among the top 10, Guangzhou and Shenzhen have been constantly challenged by smaller cities such as Hangzhou, Qingdao in Shandong Province and Suzhou in Jiangsu Province.

In addition to these, more and more second- and third-tier cities continue to pop up on the list.

While defining which tier a city is in can be generally vague as the development of economy and population growth are constantly changing, a common recognition is that Beijing, Shanghai, Guangzhou and Shenzhen belong to the first tier, while a few eastern coastal cities such as Hangzhou and Nanjing in Jiangsu Province are placed into the second tier. 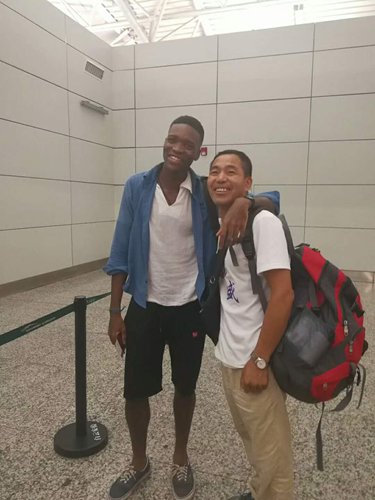 Jordan Williams from the UK poses for a picture with a Chinese friend in Shenyang, Liaoning Province.
Photo: Courtesy of Jordan Williams

“As a university teacher, the main draw is that the salary is more or less the same in smaller cities as it is in bigger ones,” Claret said. “But the costs are a lot lower, so I can live without worrying about too much about money I earn and spend.”

Claret received a master’s degree in economics back in France and after working for an NGO in Malaysia, he came to China.

Claret is now teaching French at a university in Yancheng where there was a recorded permanent resident population of about 7.24 million at the end of 2017, according to the statistics on the city government’s official website.

Living even further away from the more economically developed areas of China is Miriam Follin from Sweden, who after studying and living at Fudan University in Shanghai for one and a half years, moved to Qinghai Province a year ago.

Having also visited cities like Beijing, Chengdu in Sichuan Province and Xi’an in Shaanxi Province, Follin said that she felt like rural areas are more suitable for her, and even if she has to live in a city, how close it is to the countryside is an important factor.

“Life in the city is often stressful, loud and impersonal,” she told Metropolitan, adding that she prefers a life where she can grow her own vegetables and have time to read, think and walk around.

“It’s also easier to see more traditional lifestyles and handicrafts in the countryside,” she said.

A place to call home

Besides a more relaxed lifestyle, a feeling of being at home also influences many foreigners when making the decision.

“I have called Hangzhou home for the past four years now,” 21-year-old Magunje told Metropolitan.

Impressed by the Chinese business boom, the young man moved to China to gain his bachelor’s degree in account management at Zhejiang Gongshang University.

“In most movies and even on the news, you see Chinese people talking about business, so that really gave me the boost to come,” he said.

While living in Hangzhou, the capital city of Zhejiang, was by chance, it was Magunje’s own decision to continue living there after graduation.

“There was this resemblance of the small city I come from called Nelspruit,” he explained.

As a person who loves traveling, Magunje has visited a few other places in China including Shanghai. Even though he realized he might have more opportunities in Shanghai, Magunje found it was hard for him to feel at home when he tried to relocate there, even though it was only an hour away.

Fabien Scouarnec has worked both in Shanghai and in smaller cities. Among all the places he has lived, Kunming, the “city of eternal spring” in Yunnan Province, attracted him the most.

“I prefer relatively small cities in the mountains or close to the sea,” said Scouarnec who is from the French village of Breton, attributing his preference to where he was brought up.

“Chinese ‘small cities’ are sometimes bigger than the biggest French city,” he added.

Miriam Follin from Sweden in a rural area of Qinghai Province Photo: Courtesy of Miriam Follin

Recently, local governments have been competing with each other to attract foreign talent by creating favorable policies, simplifying the process of getting a visa and providing economic support and English-language friendly environments.

Two months ago, according to a report from the Hangzhou-based Qianjiang Evening News, the Hangzhou government launched a series of new policies to attract foreign talent.

And such policies do take effect.

Sarūnas Nastys, 26, comes from Lithuania and currently works in a business consulting company in Hangzhou.

He told Metropolitan that as Hangzhou is quickly developing into an international hub, foreigners can receive a lot more support from the local government than many other Chinese cities.

“Using the new policies, we have received subsidies to move into a bigger, better office. Also, as our company’s strength lies in combining the best traits of both Chinese and Western cultures, we need a lot of high-quality talent. The new policies allow us to recruit with more efficiency and ease,” Nastys said.

“China is becoming more and more open in both policy at the national level and in the need for development,” Eric Liu, a foreign HR worker at Recruitment Consultant, told Metropolitan.

However, he added that while the environment for all foreigners is becoming friendlier, it is the top talent who are most coveted by all local governments.

Nastys is satisfied with his current life in Hangzhou.

As a person who is concerned most about quality of life and opportunities for work, he thinks Hangzhou is able to provide all of that and more. Yet, he still hopes the city can better the traffic situation.

Williams plans to move to Beijing because he thinks the capital has a bigger creative community, making it a better place for him to fit in.

Claret said he is not against the idea of living in a bigger city either as long as he is offered a job with a good university and provided ease in daily services.

“For me, the most important thing is to have English-speaking doctors because I consider health important, and Chinese medical vocabulary is difficult,” he told Metropolitan.

Having worked as recruiter for foreigners as well as a career consultant for foreigners for 10 years, Liu said that environment, salary and culture are the three most important factors for foreigners when choosing which city in China to live in.

“Beijing, Shanghai and Guangzhou have their obvious merits such as government policy, business opportunity, international transportation, life, schools, etc. However, second-tier cities have become more attractive over the past few years, especially cities with large tech company groups, like Hangzhou with Alibaba and Qingdao with Haier,” he explained.

Li Yiwen, who is in charge of Amazing China – The Most Attractive Chinese Cities for Foreigners, has a similar opinion.

She said, according to their survey, job opportunities, prospects of economic development and the opening up of policies are the three factors expats are most concerned about in China, while environmental factors are also related to how appealing a city is to foreigners.

“Convenience in life, historical culture and an eco-friendly environment all play a role when foreigners choose which city to live in,” she said. 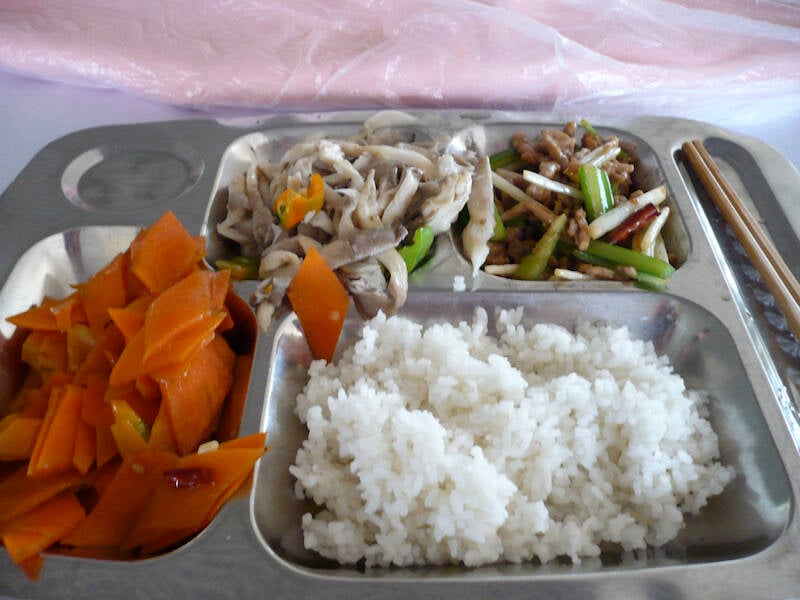 Kim – What Do You Eat at a University Cafeteria in China? 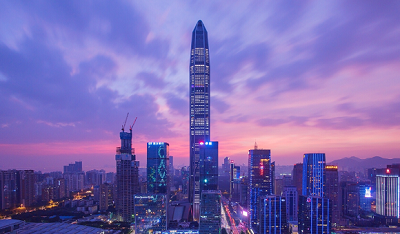