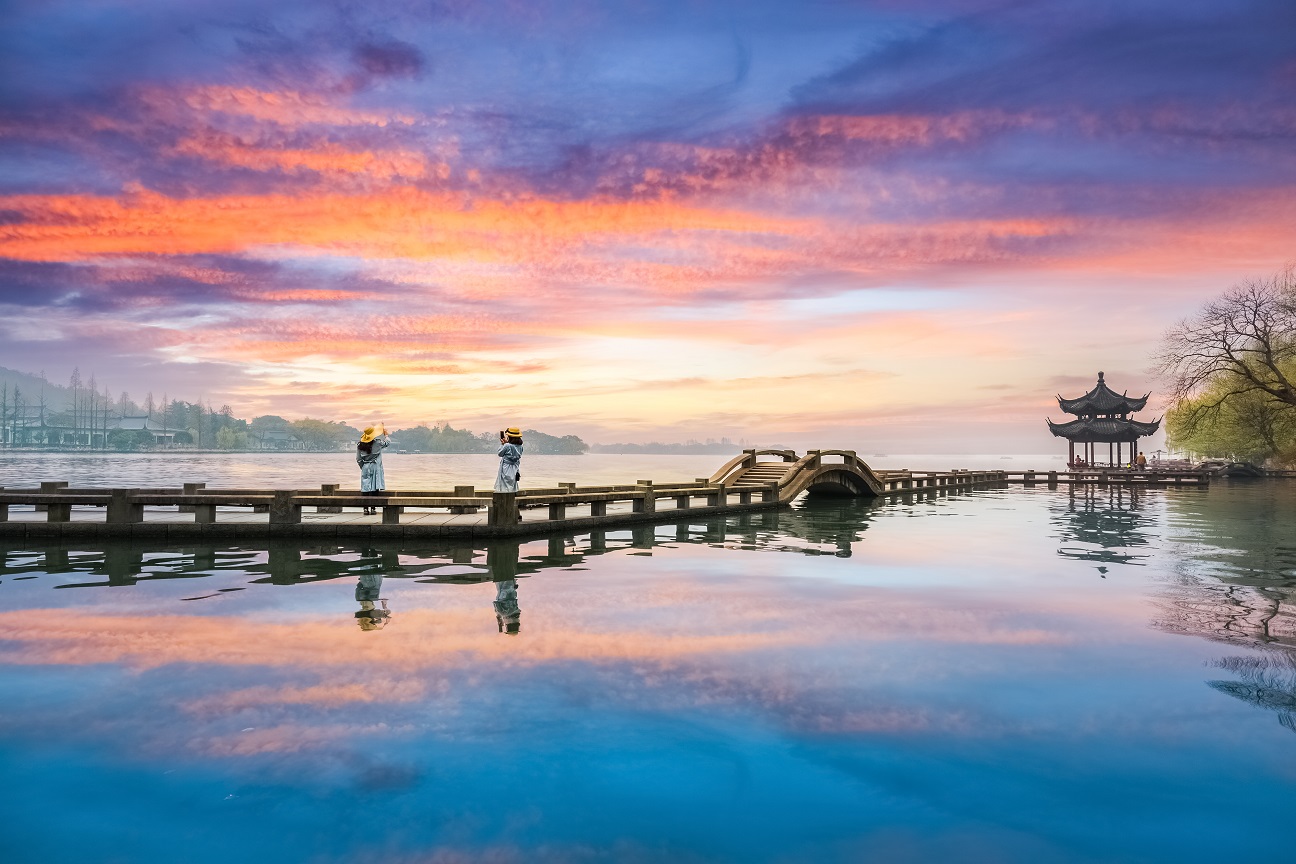 Hangzhou, the capital of Zhejiang Province, known as 'Heaven on Earth' with its stunning natural beauty and rich cultural heritage, attracts more than 20 million tourists from home and abroad every year. At the southernmost tip of the Grand Canal some 180 kilometers away from Shanghai, the city functions as the capital of Zhejiang Province and one of the Chinese municipalities at a deputy provincial level. With geographical importance that makes it a hub connecting all routes in southeast China, Hangzhou also ranks among the core cities of the Yangtze Delta, the largest economic rim in the country.

Whenever talking about this city, the famous West Lake can never be far from one's thoughts. Held on three sides in the embrace of hilly peaks, this water wonderland has been an attraction for centuries and it is small wonder that it was a favorite imperial retreat. The lake and its environs have all the elements of a traditional Chinese garden but on a grand scale. The natural setting of strangely shaped peaks, serene forests and springs, dense foliage and a myriad of blossoms especially in springtime are enhanced by a treasury of sculpture and architectural features. The largest part of West Lake is known as the Outer Lake and it is bounded by the North Inner Lake, Yuehu Lake, West Inner Lake and Lesser South Lake. 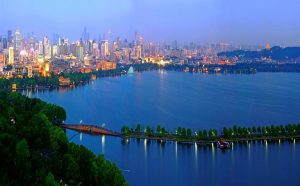 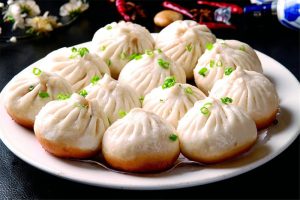 The local dishes are noted for the elaborate preparation, sophisticated cooking and refreshing taste. Many local specialties will be sure to make your visit an exciting experience.

City Panorama) is the provincial capital of Zhejiang Province, a strong economical province in China. It is the transportation hub, the political, economic, cultural and financial center of Zhejiang Province. The city is also an e-commerce center in China, and an internationally renowned tourist city. Hangzhou is located in the southeast coast of China, in the north of Zhejiang Province, in the lower reaches of the Qiantang River, at the southern end of the Beijing-Hangzhou Grand Canal. It has 10 districts, 1 county-level city and 2 counties. In 2018, the resident population is 9.806 million.

At the end of 2018, the Hangzhou metropolitan area has an area of 53,239 square kilometers and a population of 25.698 million. According to the “China Metropolitan Area Evaluation Index” issued by Shanghai Jiaotong University, Hangzhou is the fourth largest metropolitan area in China after Shanghai, Guangzhou and Beijing. In 2015, Hangzhou’s economic aggregate ranked 10th in mainland China, and was rated as the best commercial city in mainland China by Forbes. As the headquarters of Alibaba and other Internet industry companies, the city has a strong population appeal to Internet industry personnel. Therefore, Hangzhou is one of the major representative cities in the new first-tier cities that began to be popular in 2010, since 2014. The rapid population growth has caused many concerns about the rapid rise of local housing prices, the shortage of quality education resources, and the rapid changes in urban life.

Hangzhou has a long history and has a history of more than 2,200 years. It has successively become the capital of Wu Yueguo and the Southern Song Dynasty and is one of the seven ancient capitals of China. Hangzhou is one of the first historical and cultural cities with rich cultural landscapes. The cultural landscape of West Lake is a world cultural heritage, which has deeply influenced the garden design of China, Japan and Korea.

Since ancient times, Hangzhou has been beautiful and rich, and the reputation of “paradise on earth” has been circulating for a long time. “Marco Polo’s Travels” praised it as “the most luxurious city in the world.” As a national key scenic tourist city, Hangzhou has scenic spots such as West Lake, Xixi Wetland and Xianghu Lake, as well as scenic spots such as Qiandao Lake and Tianmu Mountain.

Hangzhou is also home to 26 unicorns (start-ups valued over US$1 billion) and 105 companies valued over US$100 million according to a WeLian (a platform that connects investors and start-ups) report. The unicorns in Hangzhou rank third in volume after Beijing and Shanghai, and second in value after Beijing. The unicorn companies have become the forerunners in the country’s development of new technologies and the digital economy. Unicorns in Hangzhou were valued at $141.9 billion and are focused mainly on e-commerce, IT and internet financing. Ant Financial (under Alibaba), the company that runs Alipay and is located in Xihu district, was had the highest valuation at US$75 billion.

Hangzhou hosted the 2016 G20 Summit and the 2018 World Short Track Swimming Championships, which will host the Asian Games in 2022.

From 2016 to 2020, 132 international conferences were and are expected to be held in Hangzhou. In 2016, in addition to the G20 summit, Hangzhou also hosted the 3rd Hangzhou International Conference on Global Genetics, and Yunqi Township, attracting leaders from the Internet, scientific research, business and economic sectors to gather in Hangzhou. .

At present, Hangzhou ranks third in the ranking of China’s international conference cities, second only to Beijing and Shanghai, two international metropolises.

The reasons, 1, Hangzhou has beautiful scenery and a long history and culture. 2, after the 2016 G20 summit, the reception capacity of conference has been greatly improved.

At present, there are more than 200 domestic and overseas routes and more than 30 direct flights. Hangzhou has also open international flights to Sydney, Australia and Vancouver, Canada; the Hangzhou-Lisbon route will also be opened. These intercontinental routes has made the city a big step forward on the road to becoming an international city. The International Conference and Conference (ICCA) recently released the 2018 Global Conference Destination City Rankings. With 28 international conferences, Hangzhou ranked 3rd in the country, 21st in Asia, and 97th in the world. 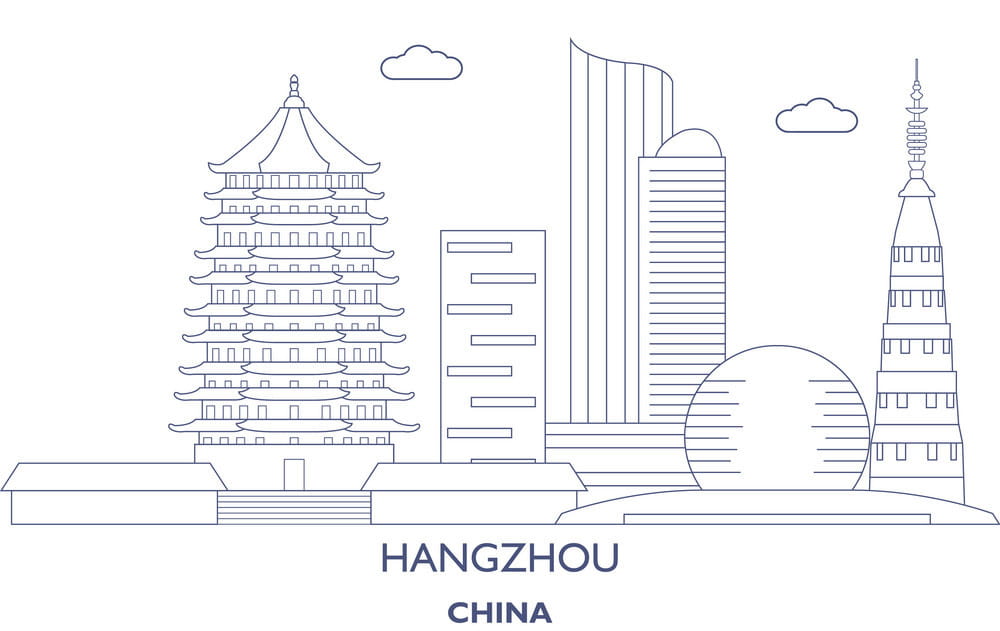 With an extensive network of expressways and railways, Hangzhou is highly connected with other cities in Yangtze River Delta and Zhejiang province. Business people can make it to Shanghai within an hour by high-speed train, making it a hub for cities south of Shanghai.

Within Hangzhou, the city also boasts an expanding metro network. In 2017, three lines were in operation (Line1, 2 and 4) with a totaling length of 107.02 km. The city plans to add 10 more lines—including extensions to the three existing ones—as part of the city development preparation for hosting the 2022 Asian Games. The total length of metro network when complete will be 387.8 km. While some cities are answering government’s call to manage Fixed Asset Investments (FAI), the city, with its schedule to host the international games, will continue to improve its infrastructure.

The city is also witnessing a revolution in its education industry—the launch of China’s first private research university, Westlake University. The school has received over RMB 100 million, and will rely on private donors for most of its funding.